Advertising is a powerful tool. It can be used to convince people to buy a product, vote for a candidate, or believe in a cause.

However, not all advertising is truthful. Some advertisers use logical fallacies to convince people to buy their products or support their causes.

In this blog post, I’ll share the 10 most common logical fallacies in advertising and how you can spot them.

The Bandwagon Fallacy is when someone concludes that something is true or good simply because it is popular.

This reasoning is used often in advertising. Businesses try to convince consumers that they should buy a product or use a service simply because everyone else is doing so.

However, the fact that something is popular does not make it true or good.

If the advertising makes you want to invest time or money, look at the evidence first. And make a reasoned decision based on that evidence.

In this Pepsi ad, you’ll see Michael Jackson on the streets, with different people around him drinking Pepsi. The ad signs off with “The choice of a new generation”. The ad is basically saying buy Pepsi because all the cool people are doing so, an example of the bandwagon effect.

The False Dilemma Fallacy is used by advertisers to present only two options. They show that there are only possible outcomes, when in fact there are other options.

This fallacy is used to sell a product by creating a sense of urgency, or by painting the alternative in a negative light.

However, there are usually other options available. And the advertiser is presenting a false dilemma to sell their product.

This ad proposes that you either go for Allstate to get the best coverage, or you don’t, and you’ll be incurring many losses. The ad fails to show that there are other coverage providers who offer similar services, so it’s presenting a false dilemma.

3. The appeal to authority fallacy

The appeal to authority fallacy is a type of argument that relies on the authority of an expert to make a claim.

This fallacy focuses on advertisers promoting their products by getting endorsements from well-known experts.

For example, a company might hire a celebrity spokesperson to recommend its product. Just because an expert recommends a product does not mean that the product is actually effective.

It’s a flawed argument and is often seen in political debates, but it can also be found in advertising.

As another example, a car company might try to sell its cars by claiming that its competitors’ cars are unsafe because of the engineers that built them. This is an ad hominem argument. It attacks the competence of the other companies’ engineers and doesn’t address the actual safety record of the competing cars.

The halo effect is an example of a fallacy in advertising. Here, our opinion of a person, brand, or thing is influenced by their most important feature.

If we think someone is attractive, we are more likely to also think they are intelligent and outgoing. This tendency to over-value positive qualities is known as the “halo effect”.

In advertising, the halo effect can be used to great advantage. For example, by featuring attractive models in an ad, marketers create an association between the model and the product being advertised. Leading viewers to believe that the product is also attractive.

While the halo effect can be persuasive, it’s important to remember that it is based on irrational assumptions. It should not be used to make decisions. Instead, take the time to gather all the information before making a judgment.

The strawman fallacy can be very effective in swaying public opinion. For example, a company might release an ad that claims its product is superior because it does not contain a certain ingredient. However, the competitor’s product never claimed to have that ingredient in the first place.

By misrepresenting the competitor’s product, the company has created a strawman that is easy to defeat. The strawman fallacy is both dishonest and illogical. Yet it’s used regularly in advertising and other forms of persuasion.

The False Cause fallacy is when an advertiser produces a commercial that implies that their product is the cause of a certain outcome. When in reality there is no causal relationship.

This logical fallacy relies on the belief that correlation equals causation. A classic example of the False Cause fallacy is the claim that using a particular brand of shampoo will make your hair grow faster.

In reality, there is no evidence to support this claim, and it is simply a way for the advertiser to exploit the consumer’s desire for thicker, fuller hair.

The red herring fallacy is a common advertising tactic that distracts viewers from the real issue at hand.

This fallacy is named after the practice of using a strong-smelling fish to distract a hunting dog from its prey.

In advertising, a red herring is used to create an emotional reaction. this reaction clouds judgment and leads people to make irrational decisions.

In this old spice, the brand wants you to believe that you will acquire a lot of attractive qualities with Old Spice deodorant. But it doesn’t do anything to show the value of the product itself.

Consider another example of a luxury car that uses images of attractive people driving in convertibles on a sunny day. This creates an emotional response of happiness and excitement, which can blind people to the high price tag of the car.

Tu quoque is a Latin phrase that means “you too” or “you also”. It’s used when someone responds to an accusation by turning the tables and accusing their accuser of the same thing.

For example, if an oil company is accused of polluting the environment. It might respond by pointing out that other companies are also guilty of pollution. This response may be true, but it does not address the initial accusation or make a valid argument.

In fact, it is a form of diversionary tactics. The Tu quoque Fallacy is used in advertising, especially when a company is accused of unethical practices.

By shifting the focus to their competitors, they hope to distract from their own guilt and avoid taking responsibility for their actions.

The traditional wisdom fallacy is when an advertiser uses the false assumption that something is true because it is tradition.

This fallacy is often used to sell products that are unnecessary or even harmful. As consumers are more likely to trust something that has been around for a while.

The traditional wisdom fallacy can be found in many areas of advertising, from skincare to dieting. By understanding this fallacy, consumers are better equipped to make informed decisions.

The 10 most common advertising fallacies can be tricky to spot. But if you’re aware of them, you can avoid being taken in by them.

We hope this guide has helped you become savvier in identifying these misleading techniques. Now that you know what to look for, stay vigilant and keep your critical thinking skills sharpened. After all, the next great ad campaign is just waiting to trip you up. 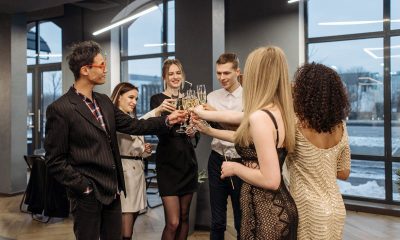 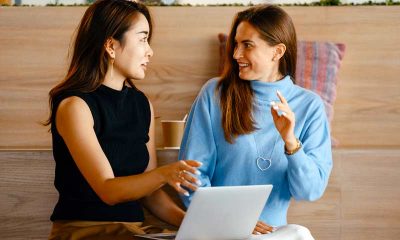 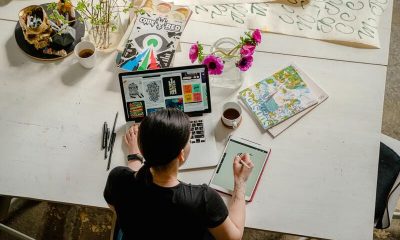